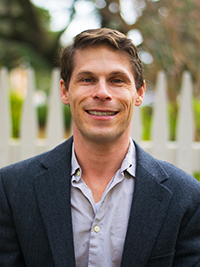 He is currently working on a fifth book tentatively titled Ecstatic Ordinarinesses: Everyday Joys in 21st Century Queer American Painting and a novel about a gay spiritual farm compound.  As part of a new project on post-WWII queer American fiction, he has published a book for USC Press’ Understanding series and another book titled Queer Angels in Post-1945 American Literature and Culture: Bad Beatitudes was published by Bloomsbury Academic in 2021. His previous work has been on British literature of the early twentieth century  His research has been supported by an Institute of Historical Research Mellon Fellowship, as well as grants from various other venues.

He is the current chair of the Department of English.