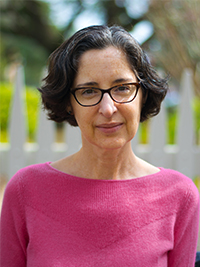 A member of the English department since 2008, Deborah Weiss specializes in the long eighteenth century and the history of the novel. She received her BA summa cum laude from Washington University and her PhD from the University of Chicago. In her research, Weiss focuses on the engagements of eighteenth-century women novelists with the social and economic ideas of the Enlightenment. Weiss teaches courses on the eighteenth- and nineteenth-century novel, British literature in the Enlightenment, sexuality, and gender in the long eighteenth century, and Jane Austen. She is the co-coordinator of the English Honors Program and the faculty sponsor for the English Majors & Minors Association (EMMA).