Dr. Andy Crank is an associate professor of American literature in the Department of English at The University of Alabama. He received his Ph.D. from the University of North Carolina at Chapel Hill. He has been a featured contributor to the BBC and speaker on PBS’s Great American Read. He also is the host of his own podcast called The Sound and the Furious. Dr. Crank has written on James Agee, Sam Shepard, and Margaret Mitchell’s Gone with the Wind. I recently spoke with Andy about his latest book, Understanding Randall Keenan which was published earlier this year by the University of South Carolina Press.

What drew you to this project?

To be honest, the thing that drew me to this book the most was the author himself. We had the opportunity to read Randall in several classes in graduate school at UNC-Chapel Hill. At the end of my time there, he ended up teaching at the university, and I even got to meet him when he led one of our classes. His fiction is so rich, and there hadn’t been a book-length study about his work yet. It was the right time, and the perfect project for me. 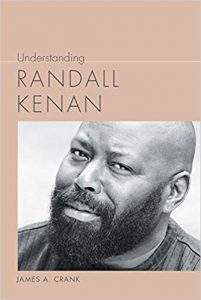 If someone said, “Kenan uses Tim’s Creek to comment on what it means to be a young Black man in the American South, not unlike Faulkner’s use of Yoknapatawpha county,” how would you respond?

It’s tricky. There are so many obvious comparisons between Faulkner and Randall—obviously the creation of that “postage stamp” of a fictional town, and how all these different characters in the town interact over several books. At the same time, I think Randall Kenan would resist that kind of easy classification. He is not merely replacing Faulkner‘s white characters with his African-American ones. Randall is doing more than just riffing on Faulkner. Much of what he’s interrogating is his African American characters’ experiences with class and sexuality in the South. It is a complication that is more than just an anxiety of influence over Faulkner.

In discussing Kenan’s biography of James Baldwin, you allude to a kinship Kenan feels with the older author. Would you comment a bit more on that?

It’s interesting because when I talk to him about this connection, he is running away from Baldwin. I think Randall had in his mind the kind of professional author and also intellectual model that Baldwin was for a generation of African Americans. Yet at the same time, he didn’t want to just take over that specific role. He wanted to be his own person. He wanted to do the kind of work that mattered to him. He did not want to take orders from anyone. And yet, that kinship is so uniquely felt, both in their articulation of the African American experience, but also in how invested they are in finding common ground in their queerness. I think it’s pretty awesome that Randall’s work on Baldwin is an autobiography explicitly aimed at young readers. Randall’s work signals to young people, especially African-Americans, that there is a kind of genealogy for queer gay men in the nation. That is  hugely important work to do, especially in the 21st-century.

Kenan has written across a variety of genres. Where would you recommend a new reader of his work begin and why?

I mentioned this to my mom, who wants to start reading with his work: my advice would be start with his first novel, A Visitation of Spirits. It’s the first thing he wrote, and it’s such a good introduction to his approach and to the town of Tim’s Creek. The complications come later in the stories. The collection Let the Dead Bury Their Dead is a good book to read next. I also love deep dives into all of his non-fiction. His book, Walking on Water, which explores American blackness, is vastly underrated. I would definitely recommend that text for anyone who wants to see how Randall’s views on African-American identity cross over from his fiction. 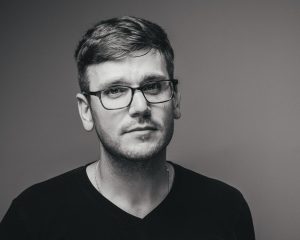 Finally, how does your research intersect with your teaching?

Maybe it’s just where I am in the profession (or how long I’ve been doing it), but I really don’t see any kind of disruption—or lines—between what I’m doing when I’m writing and what I’m doing when I’m teaching. I try to make those concerns visible and connected. For example, the book-length study that I’m writing now has inspired both classes I’m teaching this spring. The graduate class is about the ethos of the book, and the undergraduate class is based on the second chapter, which investigates horror movies set in the South. I know I’m not alone as a professor who draws so much inspiration from his students. When you bring the work that you’re doing in isolation into the classroom, and you open it up for debate amongst individuals who are highly intelligent, kind, and eager to learn, it can only enrich your writing. I am so grateful for my students, and so eager to get back in the classroom after a really productive sabbatical.