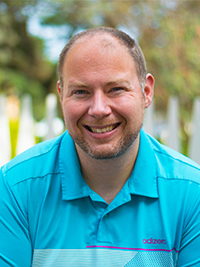 Brian Oliu (he/him) is originally from New Jersey & has taught at the University of Alabama since receiving his MFA in 2009. He has a BA in English from Loyola University-Maryland & was the recipient of the Buford Boone Fellowship during his time at Alabama. His work has been anthologized in Best Creative Nonfiction Volume 2, 30 Under 30: An Anthology of Innovative Fiction, & has been twice selected as a Notable Essay in the Best American Essays series. He is the author of six books and two chapbooks, ranging from Craigslist Missed Connections, to video game boss battles, to NBA Jam.

Excerpts from his book, Leave Luck to Heaven, served as inspiration for “Another Castle,” an art installation by L’etablissment en face in Brussels, Belgium during September of 2012, which featured art from Juan Muñoz, Luciano Fabro, & Claes Oldenburg.

Oliu has taught numerous classes at The University of Alabama, including Freshman Composition, Late American Literature, as well as many Creative Writing courses, including nonfiction workshops, classes on the lyric essay, poetry & prose tours, as well as classes dedicated to writing about games, about place, & about utilizing artifice in writing.

He served as Director of Slash Pine Press, an experiential learning internship where students edited and designed poetry chapbooks, as well as put on community writing events. He is a firm believer that the excitement and true joy in writing non-fiction is taking something that is universal & finding something absurd or even impossible while still remaining inside the confines of truth. It is his role as an educator to help students realize this concept and find their true story within the stories.