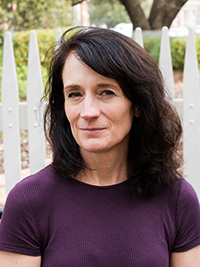 Dr. Bonnie Whitener teaches English Composition courses as well as 200-level literature surveys. She has also taught courses in dystopian literature and continental and Asian philosophy. She attended the University of Maine for both her BA and her MA. Her MA was in English with a concentration in Women’s Studies. She received her PhD from the University of Alabama. Her academic specialization and the focus of her research is the American Gothic. More specifically, her interest lies in American texts that defy the trope of the European gothic novel. Her focus is on how the heroines of the novels are the characters who break the rules of the gothic narrative. She has held a fellowship in Women’s Studies at the University of Maine.

Book in Progress: The American Counter-Gothic: Monstrous Women and Their Monstrous Texts in American Literature