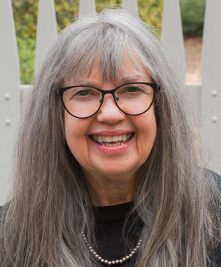 I am an interactional sociolinguist with wide interests in application. My overall research program, as is the case for much work in interactional sociolinguistics, is oriented to understanding how interlocutors, especially those from different (sub)cultural backgrounds, achieve (or fail to achieve) what Gumperz calls “conversational involvement.”

For my undergraduate degree (Pomona College 1967), I had a major in German and a minor in French. Then I did a master’s degree in foreign language teaching at Stanford University (1968) and taught at the secondary level in the California public schools for several years. I also worked in downtown San Francisco in the business world for a while, as an apprentice translator for a patent attorney firm. I then discovered linguistics, partly through the study of Welsh, and started back to school to pursue a Ph.D. In the process, I taught English as a Second Language both in university writing classes and also in courses for middle managers in San Francisco who needed to improve their communication skills. I completed my Ph.D. in linguistics at the University of California at Berkeley in 1986 (studying with Robin Lakoff, Wallace Chafe, and John Gumperz), and then spent three years as a Visiting Assistant Professor in the Program in Linguistics at the University of Florida. I came to The University of Alabama in 1989 to teach linguistics and directed the M.A.-TESOL Program in the English Department for about a decade.

Much of my work has taken a discourse-analytic approach to different manifestations of cross-cultural communication. This constitutes basic research for TESOL, for example in my analysis of interactions between English learners and native English speakers (Davies 2003a, 2005), in my study of Germans and Americans in conversation (Davies 2004a), and in my co-authored studies of international teaching assistants in American universities interacting with undergraduates (e.g., Davies and Tyler 2005). My papers on the power of cross-cultural context in oral examinations (Davies 1998, 1999) also fit under this heading.  I have two (recent and forthcoming) book chapters related to language teaching: “Culture, Gender, Ethnicity, Identity in Discourse: Exploring Crosscultural Communicative Competence in American University Contexts.” To appear in Language Learning, Discourse and Cognition: Studies in the tradition of Andrea Tyler, (eds. Vyv Evans and Lucy Pickering).  Amsterdam and New York: John Benjamins (Human Cognitive Processing Series). 2018; and “On the Relationship between Interaction and Language Learning: A Usage-based Perspective Grounded in Interactional Sociolinguistics.” In Usage-Inspired L2 Instruction: Researched Pedagogy (co-eds. Andrea Tyler, Lourdes Ortega, Mariko Uno, & Lauren Park), pp. 75-91.  Amsterdam and New York: John Benjamins Publishing. 2018.

I was invited to give a keynote speech at the Southeast Regional TESOL Conference in Birmingham in October of 2017 on my work on Southern dialect in relation to language teaching.

A continuing theme in my work is an interest in humor as manifested in joking interaction, representing a highly complex mode of indirect communication (Davies 2003a, 2006, 2015). Humor is important theoretically within the discipline of linguistics because it forces us to confront nonliteral and obviously multi-functional uses of language, and it is as a significant aspect of a key construct in applied linguistics, i.e. “communicative competence.”

My interest in the power of context at the level of institution is reflected in my participation in a study (Ramanathan, Davies, and Schleppegrell 2001) initiated by my former colleague, Dr. Vai Ramanathan. We gathered data at UA and at UC-Davis to compare how an M.A.-TESOL Program is shaped by its institutional location, in an English Department or a Linguistics Department, respectively.

My interest in language in popular culture from an interactional sociolinguistic perspective led to my analysis of Martha Stewart’s language as presented on her television show as a possible linguistic influence on her audience (Davies 2002), and to her representation of American “good taste” to an international audience (Davies 2003b). My consideration of issues of gender, class, and power in this context led to my being invited, as one of “twenty-six leading scholars of language, gender, and sexuality,” to contribute an essay on Martha Stewart to the second edition of Robin Lakoff’s Language and Woman’s Place (Davies 2004b).  I also have a book chapter on how Sarah Palin’s spoken style translated into an effective use of Twitter for political communication.

The co-edited volume, “English and Ethnicity,” grew out of my interest in challenging essentialist perspectives on language, and in bringing together a very diverse group of voices from the Americas, Europe, Asia, and Africa to explore how English is treated as a resource in the expression of ethnicity as an aspect of identity. This was organized as an English Department Symposium.

During the time that I have been in Alabama, a natural development of a research focus on crosscultural communication has been a shift to cross-subcultural communication, i.e., Southerners interacting with non-Southerners, and to Southern discourse in general. I have pioneered the application of playback methodology in the cross-subcultural context of Southern discourse, engaging native Southern speakers in articulating to me, as a non-Southerner, their interpretations of aspects of discourse as part of my research. Davies 1997, on the use of “Ma’am” in Horton Foote’s The Trip to Bountiful, showed the new direction that my research was taking in the context of Alabama. It also represented an expansion of my research from natural data to an exploration of literary data for sociolinguistic purposes, particularly as transformed into film within popular culture. My papers on “Sling Blade” (Davies 2006) and on “Huck Finn” (Davies forthcoming) also use such data. Challenging an essentialist perspective on dialect, I am also particularly interested in how some Southerners consciously craft their speech in relation to language ideology, examining not only sociolinguistic repertoire and presentation of self but also the degree of reflectivity and agency that speakers display (Davies 2007a). I was invited to write the entry on “Southern politeness” (Davies 2007a) in the New Encyclopedia of Southern Culture. An article on Southern storytelling style appeared in 2008, focusing on the professional Alabama storyteller, Kathryn Tucker Windham, and her use of “digression.”  See my current c.v. for the latest on my publications, including work on Southern dialect in Country Music.

With my linguist colleague in the Department of Modern Languages and Classics, I organized a symposium at The University of Alabama in 2004 on Language Variety in the South, with funding from the National Science Foundation and the National Endowment for the Humanities. I was president of SECOL (the Southeastern Conference on Linguistics) in 2003-2004, and I continue to be actively involved in that regional linguistics organization, as well as national organizations.

I have enjoyed participating in the “Road Scholars” program of the Alabama Humanities Foundation, giving lectures around the state on “Southern American English in Alabama,” and on “The Southern Accents of Jimmie Rodgers and Hank Williams.”

I am currently working on two book projects, each of which focuses on a major theme in my career.  One is on Southern discourse.  The other is on the evolution and progression of my work on humor over the course of my career.