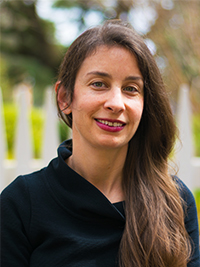 I am an Associate Professor in the Department of English. My research and teaching interests include international modernism, the practice and theory of translation (with particular attention to modernism and translation), contemporary world literature, and life-writing (from antiquity to the present). My most recent book, Interwar Itineraries: Authenticity in Anglophone and French Travel Writing (Amherst College Press), looks at, among others, Michel Leiris, D. H. Lawrence, Louis-Ferdinand Céline, and Evelyn Waugh. My previous book, entitled The New Midlife Self-Writing [Routledge], looks at work by Rachel Cusk, Roxane Gay, Sarah Manguso, and Maggie Nelson. I am currently working on a book entitled Translation and Modernism: The Art of Co-Creation [under contract with Routledge]. I am the co-editor (with Maria DiBattista) of The Cambridge Companion to Autobiography (2014) and Modernism and Autobiography (Cambridge UP, 2014).

I received the university-wide Outstanding Commitment to Teaching Award and served for three years as a Distinguished Teaching Fellow in the College of Arts & Sciences.

I direct the minor in World Literature.