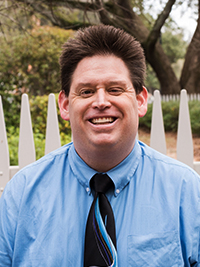 Despite a high number of ticket sales, theater reviews, and innumerable letters and diary entries detailing trips to the theater, the stereotype that theater in nineteenth-century America was almost culturally invisible continued well into the twentieth century. Indeed, a scan of anthologies of American literature fails to yield any examples of nineteenth-century drama, even though figures such as Henry James were also theater critics and playwrights. Just as it did in American life, theater exhibits a strong presence in the literature of the time. Considering theater’s pervasiveness, this dissertation seeks to restore it to its proper place in our study of nineteenth-century American literature. By contextualizing nineteenth-century literature within a framework of theater, specifically melodrama, we might be able to discern how writers of the period used theater as a vehicle to grapple with form, genre, and approach to audience. This dissertation examines Catharine Maria Sedgwick’s Hope Leslie (1827), Herman Melville’s Moby-Dick (1850), Nathaniel Hawthorne’s The Blithedale Romance (1852) and Louisa May Alcott’s Behind a Mask (1866). In their novels, these writers harness the power of theater for thematic or generic purposes while simultaneously exposing the inherent weakness of the dramatic form. There is strength in theater, they argue, but ultimately the effect is outshadowed by the power of fiction. For this reason, American writers utilized melodrama’s strengths while, at the same time, built a case for fiction’s primacy and consequently justified the existence of their own writing.