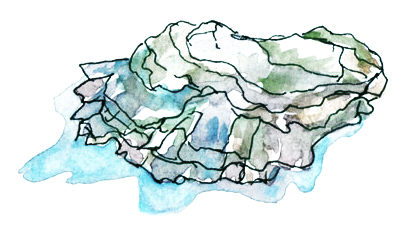 This January, a figurative and serendipitous “owl” arrived in my inbox—an invitation to participate in DePaul University’s up-coming Harry Potter Pop Culture Conference this May. (For readers unfamiliar with J. K. Rowling’s Potterverse, mail arrives by owl.) This winter, I have been writing a paper to be included in the conference’s proceedings. My essay focuses on the ways Rowling’s Harry Potter series valorizes necessary heroism as a response to the evils that Voldemort’s racism inspires. At the same time, I also point out the ways in which heroic figures function as “saviors” of lesser “others” like house-elves and Muggles (non-magical humans). I argue that Rowling’s text warns against celebrating heroism at the expense of present-day at-risk groups, such as immigrants, Muslims, and members of LGBTQI+ and differently-abled communities. My writing also examines how the Harry Potter books can function as a model for readers and activists who work for social justice in the current political climate.

One of the best parts of this opportunity is its focus on the general public. For those of us who favor footnotes and long bibliographies, this invitation is a chance to open the proverbial “ivory tower” of Harry Potter scholarship to a diverse range of Harry Potter readers. It is indeed a privilege to participate in such an event. I look forward to the ways audiences and other conference participants will challenge and expand my understanding of this popular series. I also heartily thank The University of Alabama’s Department of English for helping me secure the funding to participate in this event.

Have you ever read a novel and put it down? Have you ever attempted to read a novel that you know is “good for you,” that you “should” read, rather than want to? Is there a novel that you are embarrassed to tell others that you have not read or did not finished? For me, that book is Swann’s Way by Marcel Proust. I tried reading it a few years ago and just became stuck. The writing felt over my head. After reading the graphic novel edition of the text (translated by Arthur Goldhammer, illustrated by Stephane Heuet) I feel confident in going back to the standard text. I am not a large consumer of either comic books or graphic novels, although I loved the Tintin books when I was younger because they seemed to be written for children that were turned off by the Marvel and DC offerings. Like the Tintin, this graphic adaptation of Proust’s work succeeds because it is not dependent on the illustrations to entertain the readers. The story is compelling enough on its own. I am not an expert on turn-of-the-century French culture, and thus, these illustrations are a welcome supplement to the reader without trying to hijack the text. Some of the pictures are rather pedestrian, but in others, especially ones depicting the French countryside or a town cathedral, one can see the artist’s passion and talent. I strongly recommend trying the book out for yourself if you never finished Proust’s volumes.

I recently read The Alchemist by Paulo Coelho, which begins with a so-called chance meeting between a young shepherd and a mysterious man, who explains the importance of pursuing one’s “Personal Legend.” The shepherd has already broken from family tradition and has grown accustomed to imagining the future beyond conventional thought. However, he still longs for more. Through a series of prophetic dreams, deliberate choices, and lessons in “reading the omens,” the shepherd journeys to Egypt; learning about commerce, questioning his future, and falling in love along the way. The Alchemist is a straight-forward fable about destiny (and the consequence of thwarting one’s own destiny) and is rich in symbolism.  Despite its sparse language, the book’s vivid imagery has inspired many works of art that depict the book’s narrative, as well as an illustrated version of the novel.