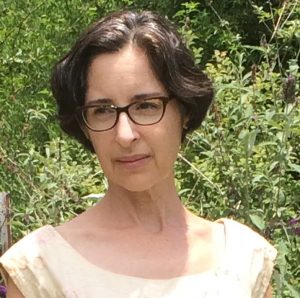 Was there a “spark” that led to the writing of this book?

This book came out of my observation that there were many female characters who functioned as philosophers in novels by Mary Wollstonecraft’s contemporaries. Some of these had already been noticed by scholars as caricatures of Wollstonecraft, but no one had realized how many non-parodic, or sympathetic female philosophers there were in fictions by women at the time.

Did your view of Wollstonecraft or her writing change during research?

It was fun, not just to learn more about Wollstonecraft, but also about how intellectual women writers of her generation saw her. Wollstonecraft is a fascinating and complex figure, and her contemporaries were interested in her thought and her life. I came to understand just how radical a thinker she was for her time. Because Wollstonecraft came into the canon through the feminist movement of the 1970s, she has, for decades, been revered as the “mother of modern feminism.” However, her contemporaries saw her quite differently. Even well-educated, liberal-minded, professional women writers of the time, who often agreed with her, found her a troubling figure because of the radicalism of her ideas. Scholars tend to like radicalism, when it corresponds to their own political opinions. This tendency has colored how Wollstonecraft has been understood.

Do you teach Wollstonecraft differently to undergraduate and graduate students? Is there a “best practice” for teaching A Vindication of the Rights of Women?

Much of what Wollstonecraft wrote about women’s rights, in the Vindication, seems self-evident to us now, so whether it’s graduate students or undergraduates, the work should be taught in context. Graduate students generally know, when they see the date of 1792, that they have to read and to judge by standards of the time, but for undergraduates, the historical context isn’t immediately obvious. The best way to teach the Vindication is first to educate students about mid-eighteenth century constructions of femininity. Reading the work of Rousseau and conduct literature for women, for instance, helps students understand why Wollstonecraft’s ideas were so radial for the time. Students also need to understand how the Vindication fits into arguments about the French Revolution, and they should read Wollstonecraft in the context of other women who were interrogating gender roles and sexual dynamics at this time, such as Frances Burney and Jane Austen. 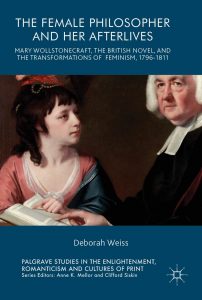 Wollstonecraft was an important and fascinating thinker but not always a great stylist, although she does have some terrific zingers. The Vindication’s organization is repetitive, and it’s difficult to enjoy without understanding the context. However, this challenge can make reading her work more fun. Students initially feel perplexed, mystified, and often frustrated because it’s unlike anything they’ve read. But as they layer in the context, they discover how interesting it is to be able to place Wollstonecraft within the history of ideas. I don’t think the issue is reading as a scholar or not as a scholar. I think the skills of scholarship—namely, understanding context and formal differences—create more enjoyable reading practices.