Associate Professor Daniel Novak recently joined UA’s English department after previously teaching at Tulane University, Louisiana State University, and the University of Mississippi. He received his doctorate from Princeton University in 2002, specializing in Victorian literature. He is the author of Realism, Photography, and Nineteenth-Century Fiction (Cambridge University Press, 2008), and co-editor of ‘Masculinity Lessons’: Rethinking Men’s and Women’s Studies (Johns Hopkins University Press, 2011).  His research interests include Victorian and visual cultures. I recently spoke with Dr. Novak about his research interests and teaching philosophy.

How did you become interested in English? What attracted you to Victorian Studies? 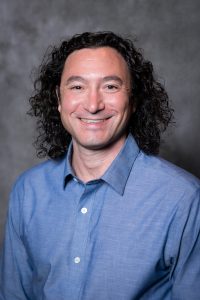 My parents are both English Ph.Ds and professors, so I suppose you could say I went into the family business. I was the rare son of Jewish parents not being pressured to be a doctor or lawyer (just kidding). But seriously, I was lucky to be raised in an environment in which getting a graduate degree in English and going into academia was not only an entirely normal path, but one that was valued for its own sake. I went to the same university where my parents taught and where they went to school (UCLA), so I knew all of my professors. My Romantics professor (Peter Thorslev) taught my Mom in her first class and taught me in his last. Maybe that’s why, despite doing an honors thesis on Dickens, I initially began graduate school as a Romanticist. While I loved my Romantics class (taught by the great Esther [Starry] Schor), it was hard to compete with a seminar on the Victorian novel (taught by Jeff Nunokawa) and a seminar on Oscar Wilde (taught by Elaine Showalter). I was hooked.

What brought UA’s Department of English to your attention?

I was lucky enough to have the department accept me as the trailing spouse of my wife, now an Associate Dean in the School of Social work. I’m excited to be part of such a vibrant and large department. I am interested to see how all the pieces and people work together.

Can you tell us a little bit about your teaching style.

I don’t think I fully appreciated was how much performance was part of the job initially. I genuinely feel excited about the material I’m teaching, but it’s vital to communicate that enthusiasm and interest. A friend of mine articulated my approach—try to be funny. This semester, I’ve been really impressed by my EN 399 honors students and my EN 433 students. Their engagement and intelligence does a lot of the work for me. 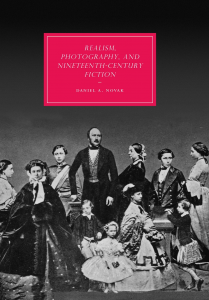 What do you want your students to understand about 19th century British literature or literary studies in general?

It’s an interesting question, especially at this moment in our country and history. I used to stress the differences between 19th century culture and contemporary culture and urge students to see those differences as what makes 19th century literature interesting. As they say, “the past is foreign country.” But, increasingly, I’ve embraced the parallels, rather than the differences. I have stopped policing the conflation contemporary concerns with Victorian ones, and actively market my class as relevant to (if not eerily like) what comes into our social media newsfeeds—about income inequality, racial conflict, questions of democratic representation, or the position of women in hierarchies of power. So, I want my students to think that the Victorians were just as concerned about these same issues and that they were just as weird as we are.

Finally, tell me about your research interests.

My first book was on literature, realism, and photography, and I’ve continued to research Victorian visual culture. My most recent work on photography has focused on the relationship between photography and Victorian theater. My current projects grew out of some of the research for my first book. My work on photography and race (Jewishness, in particular) led me to an interest in Victorian writing about an obscure ethnic group, the Cagots. This group lived in the Pyrenees and the Basque region of Spain. The Cagots are ambiguously raced and have an unclear and mysterious history and origin. To outsiders, they were known as the “accursed race” and subjected to every form of prejudice one can think of. I argue that nineteenth-century writers turned to the Cagots as a way of thinking through alternative models of race and nation. A second project that grew out of a chapter on photography and Oscar Wilde is a book on the making of Oscar Wilde studies in the early 20th century. Generally speaking, I’m interested in visual culture, technology, race, sexuality, and theater and performance.