Robert Poole joined the faculty at The University of Alabama in Fall 2018, but his arrival marked a homecoming, as he received both his undergraduate degree and his M.A. at Alabama. It was his journeys far from Alabama, though, that led him into applied linguistics and TESOL. 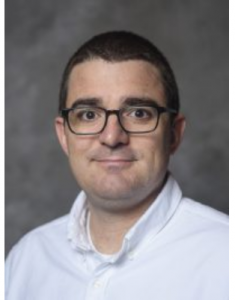 After earning his undergraduate degree, Poole worked for several years in the Peace Corps in Guyana and later spent time teaching overseas in Nicaragua and South Korea. “In South Korea is where I became much more interested in actually teaching language,” Poole recalls. “My travels had certainly exposed me to languages—Creolese in Guyana, Spanish in Nicaragua, Korean in South Korea—but to that point teaching was a ticket to travel.” That perspective soon changed when Poole returned to Tuscaloosa for graduate school, and then, in 2009, attended the American Association of Applied Linguistics Conference in Atlanta. “The environment, the talks, all of it was so inspiring,” says Poole, “that I realized that was the path I wanted to be on. I loved to teach, but I also loved the intercultural aspects, loved language teaching, loved linguistics, and applied linguistics represented a way for all of that to come together.”

Poole’s first book, Using Corpora: A Guide for English Language Learners (Edinburgh University Press 2018) represents a culmination of many of those loves, too. Corpus linguistics involves the analysis of large collections of naturally-occurring, authentic language. “It’s a book that I felt has been needed within corpus linguistics,” Poole says, “specifically corpus linguistics for language teaching. If you’ve ever been interested in corpus linguistics and you’re trying to design activities, or trying to use a corpus to answer your own questions about language, this book really takes you through that step by step. There are plenty of books that tell us why teachers should be using corpus linguistics in the language classroom, but the aim of this book is to give you the tools to make it happen.”

Poole is now working on a new book on corpus-aided ecolinguistics, a field that involves the languages and discourses we use to speak about ecology and the environment. “The project looks at how these two approaches can be integrated,” Poole says. “It examines how we might use corpus linguistics to study environmental discourse as we’re thinking about climate crisis and so forth to look at a range of discourses to reveal patterns, practices, attitudes, and identities that are reproduced in prevailing daily discourse.”

Such a focus was born in part out of Poole’s research while pursuing his PhD in second language acquisition and teaching in Arizona. There, he studied the discourse surrounding the contentious Rosemont Copper Mine. This experience, in Poole’s words, allowed him to “stumble into ecolinguistics.”

“Whereas critical discourse analysts study discourse to reveal patterns that perpetuate oppression and inequality for marginalized humans,” Poole says, “the ecolinguist says we should also extend that type of analysis and framework to discourses which perpetuate ecological degradation, species loss, and ecological crisis.” 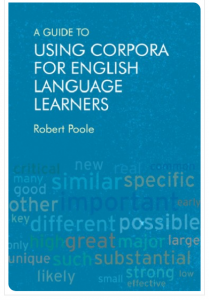 Here in Tuscaloosa, Poole also recently had the opportunity to chair a session for the UA Language Conference. For him, this gathering highlighted the “vibrant linguist community” at UA, something that he realizes he’s wanted to be a part of for many years, at least as far back as the applied linguistics conference in Atlanta a decade ago. “To have this graduate symposium here, where graduate students from TESOL and applied linguists, education, French, and Spanish—to see everyone coming together was great. That was a major reason why I was interested in moving to Alabama—desiring that community.”

That search for community has brought Poole full circle, back to a university that has more than doubled in size since he left. He brings new energy and perspectives with him, and with family on campus and in the area, as well as some former professors in the department, “It has been,” he says, “exciting to return—a joyous homecoming.”